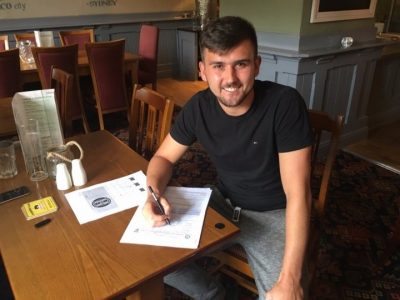 Higginson has spent three years with Worksop where he developed a reputation for scoring and setting up goals from midfield. He has also turned out for Glapwell and Gainsborough Trinity, among others.

Higginson said: “First of all I would just like to thank the gaffer (Mick Godber) and the club for their interest in signing me for the upcoming season.

“Mick and myself go back a while from our Glapwell days together so he was a major factor in my decision to leave Worksop after three seasons .The club was sold to me when I was told about its plans and ambitions for the next few years. I have played against Handsworth Parramore numerous times in the past and have always been impressed by the clubs hunger to win and togetherness between players and staff.

“I appreciate I am joining a competitive squad that finished 2nd in the NCEL Premier last season so I am here to work as hard as possible and potentially help the club go one step further by gaining promotion this campaign.”