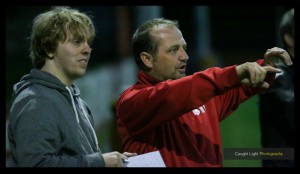 Non League Yorkshire is the brainchild of James Grayson. James lives and breathes Non League Football and the website is committed to promoting it.

James is a Sports Journalism graduate of the University of Huddersfield and has extensive knowledge of Non League Football.

He served Farsley Celtic as their press officer for five years between 2008 and 2013. He joined the club when it was in the National League Premier and he stayed on throughout their troubles and eventual successful re-birth – which saw the club canter to the Toolstation NCEL Premier Division title in its first season.

Prior to that, he was brought up watching Bradford (Park Avenue) where his dad Paul was a director for six years. Trevor Storton was the manager and Wayne Benn was the captain when he began following them. He saw win the old NPL Division One title in 2001, play Bristol City in the FA Cup first round in 2003 and win promotion after finishing 17th in 2004. He’s got lots of other memories and stories from the Avenue.

During his University years, James worked on the Yorkshire Evening Post Sports Desk, helping them with the newspaper’s Non League coverage.

Non League Yorkshire also has a sister organisation which specialises in sports coaching for people with disabilities and learning difficulties. NLY Community Sport is run by James and Connor Rollinson, the Worsbrough Bridge player.

More information about our Disability Sport arm can be found HERE 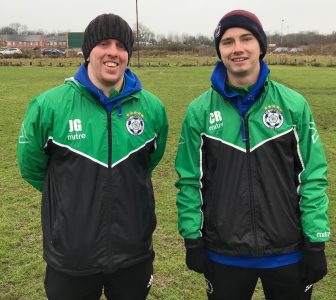 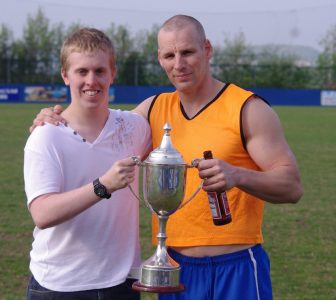 James with Simeon Bambrook, one of the greatest Non League players ever, after Farsley’s title triumph in 2011 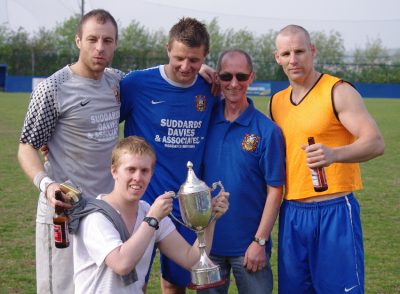