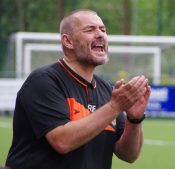 FA Cup Second Qualifying Round Russ Eagle has issued a call to arms as Handsworth aim to cause a gigantic FA Cup second qualifying round shock at unbeaten Halesowen Town tomorrow. Eagle will order his troops to take a fortunate favours the brave approach in a bid to seize the moment in front of an expected  read more→ 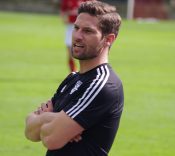 NPL Division One East  Ian Richards hopes to take Stocksbridge Park Steels back to NPL Premier Division at some stage over the next three years. That’s the level where Richards and his assistant Andy Ring helped Stocksbridge, then managed by Gary Marrow, reach as players in 2009. Richards was part of that season’s squad which  read more→

Toolstation NCEL Premier Division  Shane Kelsey believes the current Hemsworth Miners Welfare players are capable of pulling the team out of its current predicament. The new Wells manager – whose first official match in charge is tonight against Goole AFC in Fitzwilliam – inherits a side bottom of the table and winless after seven matches.  read more→ 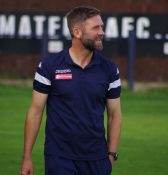 NPL Division One East  Steve Roberts is confident the tide is beginning to turn for Pickering Town. The Pikes lost all three of their opening NPL Division One East fixtures – to Shildon, Pontefract Collieries and promotion contenders Marske United But since they have drawn with Hebburn Town, Brighouse Town and Yorkshire Amateur – and  read more→ 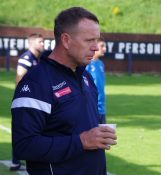 NPL Division One East  Yorkshire Amateur are in no rush to bolster their attack despite the exit of Roy Fogarty, joint manager Neil Sibson has said. Fogarty left for Division rivals Worksop Town last week while fellow striker Ross Duggan faces a three-match ban following his red card in the 0-0 draw with Pickering Town  read more→

Toolstation NCEL Premier Division  New Penistone Church manager Brett Lovell felt the opportunity to build on the incredible legacy left by Ian Richards was one he could not turn down. Lovell had the chance to follow Richards to Stocksbridge Park Steels as one of his assistants but he has stayed behind to succeed the man  read more→

Mark ‘Willy’ Wilson is looking forward to making a one-off return to Bradford (Park Avenue), one of his most beloved clubs from his playing career, for a charity game. Wilson, who had three spells with Avenue alongside one appearance as a supporter in 1995, will be linking up his old team-mates in an Avenue old  read more→

Toolstation NCEL Division One  The return of their key players has been the catalyst for rampant Hallam’s surge up the table. That’s the view of Hallam manager Craig Denton. Hallam failed to win any of their opening three league fixtures but they have responded with five wins and an incredible 29 goals in the process.  read more→

NPL Division One East  Tadcaster Albion interim manager Steve Waide cites the rise of young defender Kieran Burton as a example of the opportunities his club are willing to give young players. Waide, the Tadcaster head honcho for the foreseeable future following Paul Quinn’s recent departure, has been really impressed with his performances despite being  read more→