North Ferriby’s FA Vase run continues after an incredible second half fight-back against Northern League giants Seaham Red Star led to a 7-6 penalty shootout victory. Goalkeeper Jordan Douglas was once again the shootout king as he saved the decisive kick in the third round battle. Ferriby had drawn 2-2 in normal time but at  read more→

Toolstation NCEL Premier Division Round-Up Handsworth responded superbly to the heavy defeat at Bridlington Town by winning 4-1 at Staveley Miners Welfare on the new 3G pitch at Inkersall Road. Handsworth’s two first half goals were of the spectacular nature. Leon Howarth hit the opener in the 12th minute – blasting the ball into the  read more→

Toolstation NCEL Division One Round-Up Glasshoughton Welfare extended their unbeaten run to five games with the 3-1 defeat of local neighbours Nostell Miners Welfare. Ash Bell set the wheels in motion with the opener close to half-time after burying the rebound from his initial shot which was saved by Nostell goalkeeper Lee Kelsley. In-form Mark  read more→ 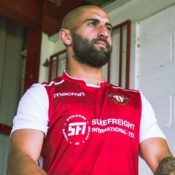 Toolstation NCEL Premier Division Round-Up Ryan Basi’s goal from a mass scramble grabbed all three points for Thackley who beat Eccleshill United 1-0 in the Boxing Day derby at Dennyfield. Basi netted from just yards out in the 70th minute after Eccleshill failed to clear their lines from corner. That was enough to record a  read more→

Toolstation NCEL Division One Round-Up Jimmy Eyles sent Emley AFC to the top of the league for Christmas after scoring a hat-trick in the 4-1 win against his old club Nostell Miners Welfare. Kane Reece also netted against his former side as he hit the second minute opener for Richard Tracey’s men. Nathan Hawkhead brought  read more→

Thanks to David Foy for this report NPL Division One North West Brighouse Town 2-2 Workington Brighouse earnt themselves a well deserved draw as Javelle Clarke poked home with the last kick of the game at the Yorkshire Payments Stadium.  The Orange Army opened the scoring in the twelfth minute thanks to an unstoppable volley  read more→ 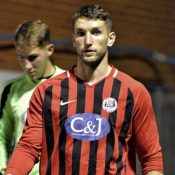 Toolstation NCEL Premier Division Round-Up (2) Joe O’Neill was the apple in Mark Pitts and Simon Portrey’s eyes as he hit the last gasp winner for Goole AFC in the 2-1 victory over Silsden – the joint manager’s first three points since taking over. Goole had to come from behind to claim the win as  read more→ 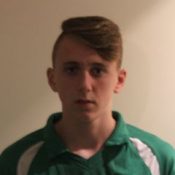 Toolstation NCEL Premier Division Round-Up (1) Kieran Suddards hit two as Albion Sports spoiled Staveley Miners Welfare’s first competitive game on the state of the art 3G after pouncing late to win 3-1. Suddards and Danny Facey were the Albion heroes in the impressive victory which lifts them to tenth and is another feather in  read more→