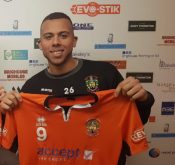 National League Former Brighouse Town striker Aaron Martin has joined National League surprise package FC Halifax Town on loan from Harrogate Town for the rest of the season. The forward certainly adds firepower to Pete Wild’s side and fits the bill as someone who will strengthen his squad. James, who scored Harrogate’s historic first ever  read more→

NPL Premier Division  Whitby Town have brought back Middlesbrough midfielder Harry Green on loan. Green was a popular player during a previous loan spell. He could appear in Tuesday night’s trip to FC United of Manchester. Whitby are on a bit of a high after recording their first league win of 2022 on Saturday in  read more→

NPL Division On East  Two new signings were involved in Brighouse Town’s 1-0 defeat to Shildon. Defender Elliot Murray has signed for Brighouse from Mickleover Sports. Striker Redmond Lee has been out of the game for two years – he previously played for Guiseley’s academy where he was a very prolific goal-scorer. He has played  read more→ 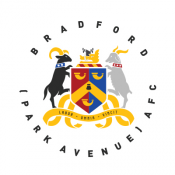 National North Bradford (Park Avenue) announced the arrival of two new players prior to the dramatic 2-1 win over Kettering Town. Harrison Hopper and Sam Fielding have signed 18 month contracts after joining permanently from York City. Hopper is a midfielder while Fielding is a defensive midfielder or centre-half. Mark Bower told his club’s website:  read more→ 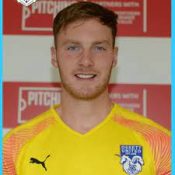 NPL Division One East Two new faces were confirmed by Liversedge prior to the 6-0 demolition of Ossett United. Goalkeeper Max Dearnley, who played for Ossett earlier in the season, has joined on loan from Huddersfield Town. He was between the sticks against his old club. Regular number one Jordan Porter is injured. The other  read more→

National North  Farsley Celtic have signed a right-back on loan from Premier League side Burnley. Ethen Vaughan will be with Farsley for the rest of the season. The Halifax-born player joined Burnley in the summer after four year with Norwich City. His arrival is timed ahead of the home match with Hereford FC tomorrow. The  read more→ 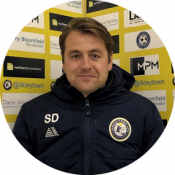 North West Counties League First Division North  Four wins out of six have propelled Ilkley Town out of the relegation zone and almost into mid-table. The outlook is much brighter but few points separate teams from 17th to eighth so Sam Dexter says the job is far from finished. “(The last few weeks have) been  read more→

There is plenty of action for Non League followers to watch on Friday night. Three games take place, involving Yorkshire sides in the NPL Division One East and Toolstation NCEL. Liversedge’s home clash with Ossett United is clearly the top game. The match is bound to attract over 1000 people and will be a fantastic  read more→ 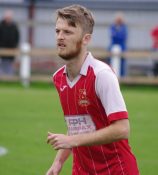 This week’s Player Profile is someone who has scored one of the best goals Non League Yorkshire has ever seen.  He’s also Selby Town’s Pirlo – who knows how to handle Raheem Sterling – who has occupied the midfield berth for the whole of Christian Fox’s long tenure – this is Charlie Clamp’s Player Profile.   read more→