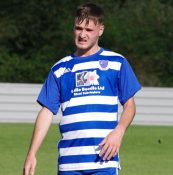 Toolstation NCEL Division One Round-Up  Sam Robinson’s double helped Hall Road Rangers get back on track in the 3-2 victory over Shirebrook Town at Haworth Park.  Robinson scored twice across the half-hour mark to overturn an early deficit. Shirebrook did level it at 2-2 but Bailey Smith won it for Leon Sewell’s men on the  read more→

Toolstation NCEL Division One  Harrogate Railway 1-3 Clipstone  Harrogate Railway blew the chance to move to within three points of the play-offs zone after failing to build on a fast start against Clipstone who fully deserved their victory. Railway had hoped to secure a third consecutive victory but a poor performance consigned them to defeat.  read more→ 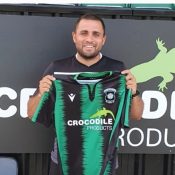 Toolstation NCEL Division One  Free-scoring Hallam have signed Golcar United’s legendary NCEL striker Ash Flynn on dual-registration terms. There’s no word on how often he will play for Hallam – either regularly or on now and then basis. Even either way, Flynn is a further goal machine to add to Hallam’s side which has scored  read more→

North West Counties League First Division North  Steeton have nabbed midfielder Tom Robinson from local rivals Campion. Robinson made his Steeton debut in the 3-0 defeat of Cleator Moor Celtic on Saturday. He was one of two signings to make their bow, alongside Joe Snowden. Roy Mason recently said he was looking to add experience  read more→

Toolstation NCEL Division One  Leon Sewell remains “confident” Hall Road Rangers can get their campaign back on track. Sewell had hoped Hall Road would mount a push for the play-offs. After three wins from eleven fixtures, Hall Road are well off the pace and need a run of wins quickly to get themselves back in  read more→

Toolstation NCEL Division One  Ian Walker hopes Nostell Miners Welfare can push on and have a successful season after a fantastic start. After seven wins out of nine matches, Nostell are fourth and mixing it up with the two favourites Hallam and North Ferriby – plus the likes of predicted dark horses Brigg Town and  read more→

NPL Division One East Penistone Church defender Jack Shepherd has been captured by Craig Rouse’s Pontefract Collieries. Shepherd can either play at left-back or centre-half and his move upwards is no shock due to rave reviews over the last couple of years. Ian Richards had signed him from Athersley Rec where he had impressed. Shepherd  read more→

North West Counties League First Division North Round-Up  Kayle Price scored twice as Steeton returned to winning ways with the 3-0 defeat of Cleator Moor Celtic at Marley. Price got both of his goals in the first half for Roy Mason’s troops. Andy Briggs sealed the three points after the mid-point of the second stanza.  read more→

NPL Division One East Round-Up Lewis Dennison popped with the last gasp winner as Brett Agnew’s Bridlington Town finally secured their first victory over the campaign with the 2-1 defeat of North East giants Shildon. Dennison finished off Danny Earl’s run, minutes after goalkeeper James Hitchcock had also made himself a hero after saving a  read more→