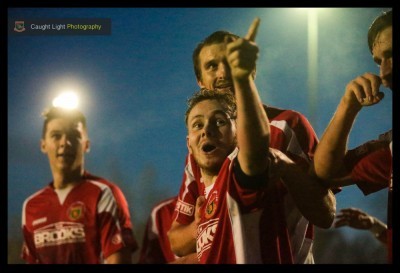 Cartman hit a hat-trick for the second week running – his third of the season – to consolidate his position at the top of the Evo Stik Division One North goal-scorers chart.

The contracted striker has hit a staggering 27 goals so far this season and Ossett were on receiving end of his red hot inside the opening three minutes.

Rob Youhill, back in the Railway side after missing the win at Salford because of illness, crossed for Cartman to head past Town goalkeeper Brad Dixon.

Ossett created chances, but their cause was heavily de-railed by the controversial sending off of new Town midfielder Sam Akeroyd close to half-time. 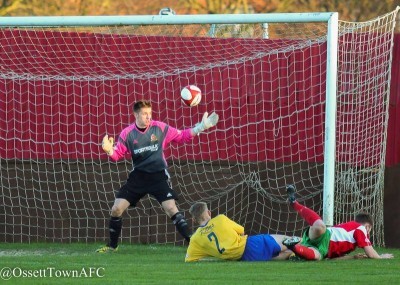 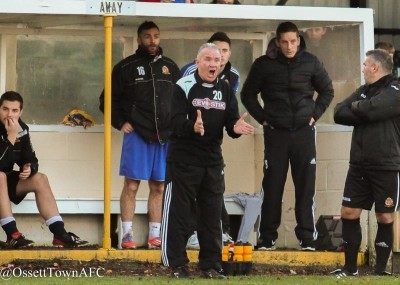 Ossett Town manager John Reed urging his side on during the 4-0 defeat to Harrogate Railway. Photo: Mark Gledhill 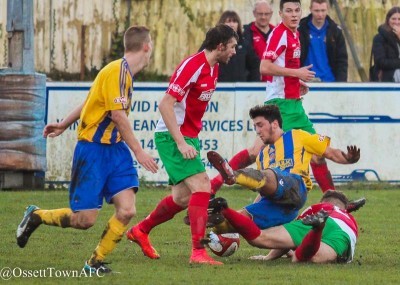 Ossett midfielder Sam Akeroyd is taken out by a challenge from Fatlum Ibrahimi. Photo: Mark Gledhill 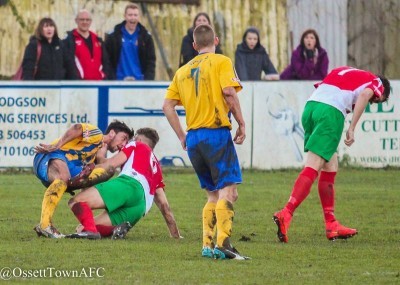 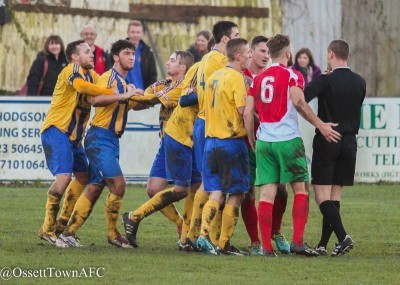 Railway’s Fatlum Ibrahimi flew through the back of Akeroyd in a extremely strong manner. Akeroyd retaliated which led to a swarm of players surrounding inexperienced referee Jan Suchecki.

Akeroyd was sent off for an early bath, while Ibrahimi was lucky to escape with yellow card after Suchecki had came to a decision after a long delay.

Ossett had the better of the opening exchanges in the second half, but Railway soon took complete control.

Youhill linked up again with Cartman with a one-two and the latter lobbed Dixon to score.

The hat-trick was looming and substitute Stephen Bromley was the provider for Cartman, who rolled the ball under Dixon.

If Ossett’s day couldn’t have got any worse, it did as Ibrahimi added the final insult with four minutes to go.

The man, who Ossett believed should have been sent off, scored the goal of the day with a fantastic strike from 25 yards which found the top corner.