Bridlington Town have been stopped from having spectators in to watch today’s FA Vase tie with North Shields. East Yorkshire have entered Tier 2 restrictions and despite clubs in Tier 3 areas carrying on without problems other than bar closures, Bridlington were told by their local council that spectators cannot attend the fixture. Bridlington chairman  read more→ 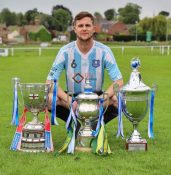 Worsbrough Bridge striker Sam Agar is one of two signings at Hallam. Agar leaves Worsbrough after a short stint at Park Road where he scored four times. His last appearance was the 2-1 defeat to Dronfield Town ten days ago when he missed a penalty. The former Emley and Pontefract Colleries striker, who has played  read more→ 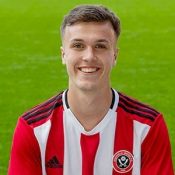 Ex-Sheffield United youngster Harrison Foulstone has joined Chris Hilton’s Stocksbridge Park Steels. Foulstone was with the Blades from the age of six until his release this year after being a regular in the under 18s. In all he was there 12 years. Initially he joined Gainsborough Trinity in September and played several times for Curtis  read more→

Mick O’Connell hopes the return of prodigal son Dan Thirkell encourages more quality players to sign for Harrogate Railway. Thirkell, who came through the Railway junior ranks and later became club captain, returned recently after four years away. Railway have fallen on hard times since he left and O’Connell agrees that his decision to re-sign  read more→

Harrogate Railway manager Mick O’Connell envisages players refusing to play if Covid-19 cases continue to rise. West Yorkshire is joining South Yorkshire in Tier 3 on Monday due to the large numbers of infections in the region. Railway travel to 1974 Northwich in the FA Vase tomorrow and O’Connell – who was a firm advocate  read more→ 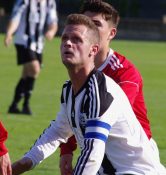 Danny Howes is “priceless as a captain” according to his Penistone Church manager Ian Richards. Lad local Howes has been turning in man of the match performances for Church so far this season – his 12th campaign having being with Penistone throughout all their unprecedented success under the Richards brothers. Howes has developed from a  read more→

West Yorkshire is to enter the Government’s Tier 3 lockdown level on Monday. It joins South Yorkshire in the toughest restrictions category and it affects a significant number of clubs. Clubhouses will have to be shut and gate receipts will be heavily hit and some clubs are going to need financial assistance. The FA’s latest  read more→ 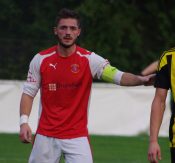 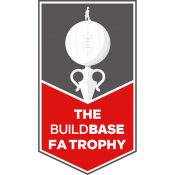 Scarborough Athletic have had to forfeit their FA Trophy tie with Witton Albion. The club have had to withdraw because of Covid related reasons. A statement said: “Scarborough Athletic can confirm that two of our playing staff have tested positive for Covid-19, and as a result, a number of players will have to self-isolate.  “The  read more→