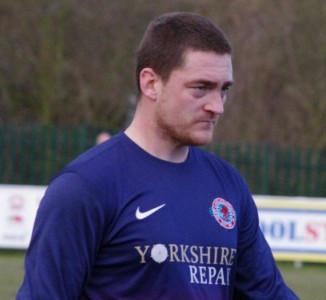 But, the race for the Toolstation NCEL Premier Division top spot remains in Aquaforce’s hands as the Barnsley-based outfit have six games in hand of Worksop.

Aquaforce could go five points of Worksop if they win them.

It was a rare bad day at the office for Shaw Lane, who fell behind early to a Jake Scott goal.

James Cotterill’s controversial red card then laid the game on a plate for Worksop.

Conor Higginson then doubled the lead before Joe Thornton was dismissed.

Tadcaster’s hopes took another costly blow as they drew 1-1 at Pickering Town.

At the other end, Glasshoughton Welfare and Retford look set to fill the bottom two spots.

Glasshoughton were 2-0 up at Albion Sports after 26 minutes, but went onto lose 9-2.

Retford were thrashed 6-0 by Heanor Town.

Elsewhere, there were wins for Armthorpe, Maltby, Cleethorpes, Handsworth Parramore and Thackley.

Pontefract Collieries are back on top of Division One after beating hopeless Grimsby Borough 5-2.

AFC Emley lost 4-2 at Rossington Main. Emley came from being 2-0 down, but succumbed to two late goals.

Clipstone won 2-1 at AFC Mansfield to heavily boost their chances of promotion.

Hemsworth re-kindled their hopes with a 1-0 win at Lincoln Moorlands Railway.

Make sure you log onto Non League Yorkshire throughout Sunday for the latest reports and views.