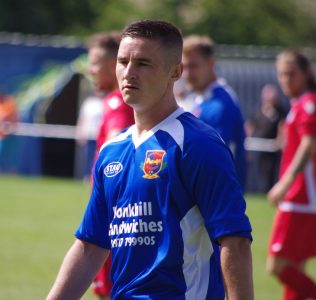 Jordan Turner hit a hat-trick as Pontefract Collieries ‘handled the pressure’ to climb to second place and close the gap between themselves and leaders AFC Emley to five points.

It could be a crucial win for the Colls too as they have two games-in-hand on Emley.

Beechnut Lane was packed for the much-talked fixture. Collieries boss Craig Parry, who must have had plenty of spare time to read Sir Alex Ferguson’s autobiography this week, set the scene with his comments which suggested that Emley were a team under pressure.

Darren Hepworth jovially hit back on Twitter joking that he had a poor night’s sleep. Perhaps he might have a few sleepless nights now as Emley wasted two golden opportunities prior to Pontefract’s opener which certainly would have caused the game to take a different direction.

Matthew Jackson breached the home side’s defence and seemingly sent a low drive past Colls goalkeeper Ben Saynor. Unfortunately for Jackson, the ball came back off the post and Ash Flynn was unable to convert the rebound. Flynn then put wide in a different situation.

It should be pointed out at this point that Pontefract are unbeaten in the league at home. So it was never going to be easy for Emley, whose task was made difficult when Turner scored two close range finishes before half-time. The muddy pitch also did not help Emley either.

The third goal in the 55th minute should have put the game to bed. Chris Jackson superbly brushed off Sam Jerome after racing towards goal and he kept his composure to score.

However, there was still to be hope for Emley. In a moment that had the Colls filmed the game it would have earned them £100 off You’ve Been Framed, Saynor somehow managed to drop Liam Schofield’s cross into his own net.

That gave Emley 30 minutes to fight back. The Colls held strong though and only conceded again with two minutes to go when Flynn bulldozed his way through to give Sam Jerome a simple tap-in.

It proved to be vain as the Colls grabbed a fourth deep into stoppage time – with Luke Jeffs and Kane Reece taking the plaudits for sealing Turner’s hat-trick. The experienced Jeffs showed quick-thinking by sending a free kick down the right wing for Reece. The former Shaw Lane winger crossed towards the far post to where Turner was waiting to score and round a great afternoon for the home side. 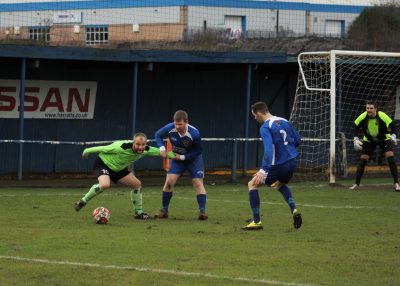 Matthew Jackson in action for AFC Emley in the clash with Pontefract. Picture: Mark Parsons 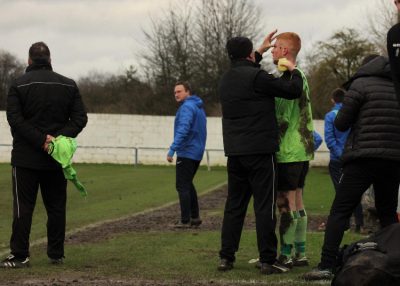 Losing Tom Brennan to injury in the first half was a blow to Emley. Picture: Mark Parsons 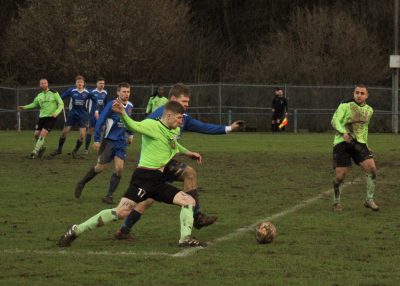 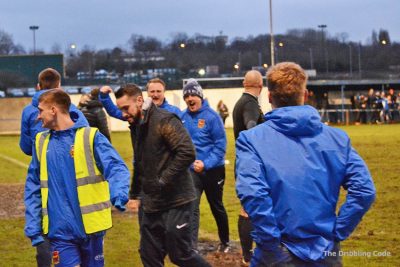 Who Was In Charge

A superb display from young Mr Hall, who showed lots of restraint when others would have shown dozens of yellow cards for some of the challenges on the muddy surface.

How Many Were There