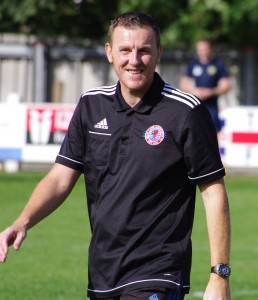 Craig Elliott’s appointment as the new Boston United manager should not have been a total surprise.

His managerial record with Shaw Lane AFC, Ossett Town and Glasshoughton Welfare, plus Kellingley in the West Yorkshire League, is phenomenal. He has done a magnificent job with each one and thoroughly deserves his chance at a major Non League club.

He has done the hard yards. Not many people will know that in the early days of his managerial career, he went to a match every day from Sunday League to the Central Midlands League, searching for rough diamonds. He regularly found them too.

If you put the work in, you get the rewards and Craig has got them. One promotion and a trophy with Glasshoughton, solid results at Ossett and finally mountains of success with Shaw Lane.

As the chairman of Boston said, they have appointed a “serial winner”. He has earned the right to step up to the National League.

Boston, who were a Football League club only a few years, represents the kind of chance Craig has craved. For years he has wanted to take charge of a club with a massive fanbase and Boston totally fit that bill. Few other clubs would have enticed him away from Shaw Lane. 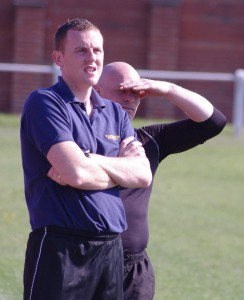 For Yorkshire Non League fans, it is such a shame to lose the most successful Yorkshire-based Non League manager in recent memory to a different area.

From personal point of view, it is disappointing too. I have known Craig since my early days of reporting on Non League football, initially for the Yorkshire Evening Post.

I first met Craig when he was the manager of Glasshoughton after a 3-1 defeat to local rivals Pontefract Collieries at Leeds Road – seven years ago last Thursday. The game involved a ridiculous number of players that still regularly make headlines on Non League Yorkshire in 2017.

Carl Fothergill was the hero that night with a memorable header from the edge of the penalty area.

I continued to speak to Craig regularly for the YEP. Because of our good relationship, when Non League Yorkshire, then called Sports Performer, began in early 2013, he got right behind the site straightaway and provided interviews on a regular basis – which massively helped put the website on the map.

That was noticeable when he rang me an hour after he stunned the Non League world on a Monday night in February 2014 by leaving Ossett to drop down two divisions to take charge of Shaw Lane. It was an interview no-one else had. The sheer fact that the @NonLeagueNorth Twitter account gained 100 new followers in 24 hours shows just how much the interview was critical to the early development of the website.

Craig’s assistance over the years has continued to play a major role in the development of the site and I cannot thank him enough.

I wish him all the best and hope to see him managing in the Football League in the near future.