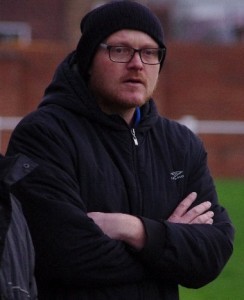 The whipping boys era is over and every team who plays Nostell Miners Welfare from now on faces a huge battle because the club is aiming high.

That’s the message from new joint manager Simon Houghton who has sounded the klaxon for a bright future for a club that has won just 13 league games in two-and-half seasons.

Houghton and Jason Dodsworth have replaced former Rotherham United defender Des Hazel, who stepped down for personal reasons after five months in charge.

Hazel has “restored pride in the club”, but the club are rooted in relegation danger again.

Getting out of trouble is the first priority for Houghton, who along with Dodsworth has an exciting vision for the future at Crofton.

“It is a great club is Nostell, it is just not in a great position on-the-field and it hasn’t been for a few years,” Houghton told Non League Yorkshire in his first in-depth interview since his and Dodsworth’s appointment to the Nostell throne.

“There has been a lot of fire-fighting by managers who have tried to keep them out of trouble.

“We need to make sure they stay out of trouble for a long time now. We need to put them at the right end of the table, where the club deserves to be.

“There won’t be a quick fix, it may take until February before we see the green shoots of recovery.

“It won’t be easy, but myself and Jason know how to win games and we do know players.

“We’ve been told that there is a possibility that six teams may go down so we need to make sure we finish at minimum, seventh-bottom.

“That’s our league. The rest of the season is just about staying up. But we’re looking ahead and next year will be about mounting a challenge and the club has to believe in us.

“The club has a great history and its hard some very good teams down the years, but since Alan (Colquhoun) left, it has been about papering over the cracks.

“That era is over and every team needs to know that when they play Nostell they are going to have a battle on their hands.” 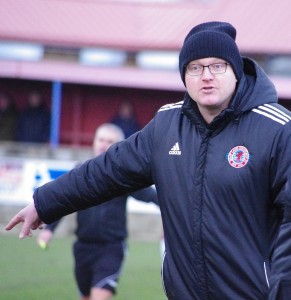 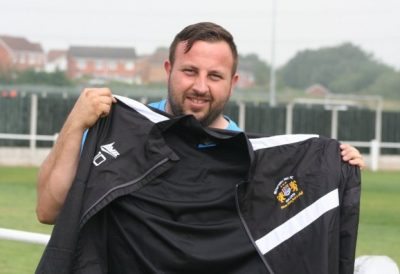 They will lead their first training session tonight at the wonderful Crofton Community Centre – a facility that has won the admiration of Houghton.

“The club has cracking facilities and a great pitch, it is all set to go and it shouldn’t be a hard sell to players,” he said.

“There can’t be many better facilities in the league. The training facilities are second to none and there is not just the 3g pitch, there’s a gym and a hall, its unbelievable.

“It makes our life easier as managers because we don’t need to worry about booking training facilities elsewhere.”

Houghton and Dodsworth plan to give the current crop of Nostell players a chance to impress, but they do want to add solid NCEL experience.

That said, no new signings are anticipated before the visit of leaders Knaresborough Town to Crofton on Saturday.

“Like I always do, we’re going to go in and see what we have got,” he said.

“We’re going to give them a chance, but we do know that we need to bring in a few players with NCEL experience.

“It is glaringly obvious that we have a young squad, but I’ve heard some good things. We do need a few older heads straight down the spine of the team, all young sides do, and hopefully we can get them.”

Houghton and Dodsworth are working together for the first time since they were coach and assistant manager at Athersley for one season together in 2012.

They both took sabbaticals from football in May 2016 after leaving their respective positions at Glasshoughton and Athersley.

However, they both agreed around that time that when they were both ready to return they would look to join forces somewhere.

“When he finished at Athersley Rec and I finished at Glasshoughton, we had chats about when we both come back and he asked me whether I’d go somewhere with him,” he said.

“I said ‘yeah’ because we’ve always got on quite well. We both know similar players and we are both winners and passionate.

“We knew it would work so we were just waiting for the right opportunity. Jason did get the Handsworth assistant’s job for a bit last season and I told him to take it because it is a fantastic opportunity.

“Obviously what happened, happened and we have kept talking and we’ve just waited and we feel Nostell is the right opportunity.

“I’ve flirted with the idea of applying for the Nostell job before, but it has never been the right time. But with Jason, this is the perfect time.”