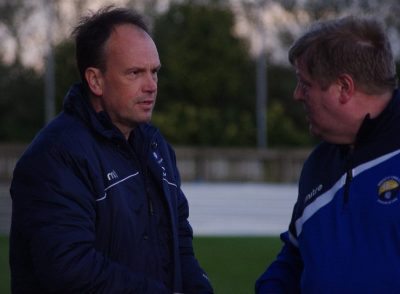 Former Garforth Town manager Adrian Costello is celebrating after his Ytterhogdal IK won the team of the year award at the Jamtland and Herjedalen OF Sports Awards.

It is another accolade for Costello, who has made quite an impression during his first year in the fourth Division of Swedish football.

His Ytterhogdal side, which includes Alexander McBurnie, the brother of Swansea City striker Oli McBurnie, were tipped for relegation. Instead of fighting against the drop, they mounted a promotion bid.

Costello, one of many English coaches working abroad in full-time positions, was interviewed about his first year in Sweden on Non League Yorkshire recently.

He was manager of Garforth from November 2015 and May 2016. He inherited one of the biggest crisis in the club’s history as most of the players had decided to follow the previous manager Graham Nicholas to Ossett Town.