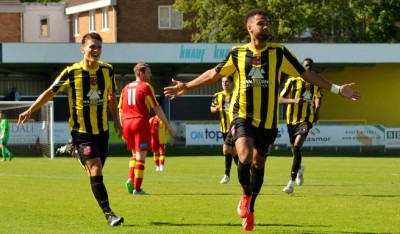 Simon Weaver’s men are now second in the Vanarama National League North table after a fantastic start to the season.

The defeat for Avenue leaves them at the bottom with just three points and no wins from seven matches. However, one victory could lift them out of the drop zone.

The signs for Avenue and manager Martin Drury were good at half-time as Saturday’s hat-trick hero Chib Chilaka had provided the assist for Richard Marshall.

Marshall, playing against his former side, had the net bulging with an effort from 20-yards.

Harrogate responded straight after half-time as Daniels struck with a shot from 30-yards.

The winner came late-on with Daniels firing a free kick low and hard into the bottom corner to ensure the feel-good factor remains in place around the CNG Stadium.