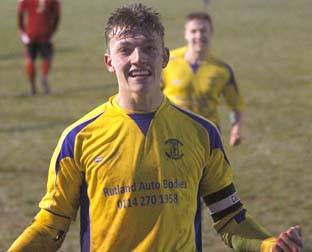 Revitalised Worsbrough Bridge have struck a deal with their former manager Chris Hilton to dual-register young starlet Joe Singleton for a season.

Tall centre-back Singleton was the captain of Stocksbridge Park Steels reserves and is well thought of at Bracken Moor. Bridge chief Ian Shirt and player/coach Josh Wright have been talking with Hilton for a few weeks with a view to striking an agreement.

It is the latest positive development at Park Road which has seen non-stop good news since the arrival of the new committee in late February.

With Singleton arriving, Worsbrough have the basis of a good squad as proven NCEL players Lee Garside, Declan Lycett and striker Brad Kerr have already committed themselves.

The hard work really begins on Tuesday night as pre-season training starts. The session is being held at Barnsley Academy, S70 3DL at 6-15pm and interested players are asked to contact the Bridge management team.