Here is the 29th in our weekly series profiling players across the region. Each week a different player will reveal their best (and worst) moments. This week it is the turn of Glasshoughton Welfare midfielder Conor Glavin, the son of Celtic and Barnsley legend Ronnie. 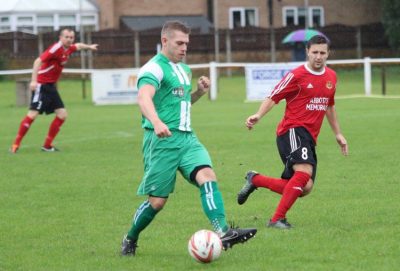 All time favourite player: Henrik Larsson, he was my idol at Celtic; loved watching him play.

Lowest moment in football: Probably missing in penalty shoot out in FA Vase this season for Glasshoughton against Hemsworth to essentially knock us out. Demoralised isn’t the word! 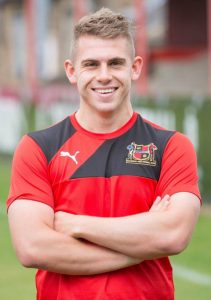 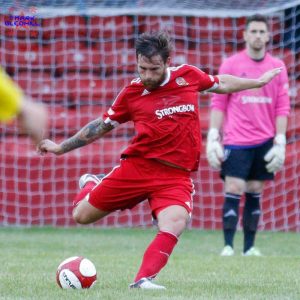 Description of most memorable match: Market Drayton at home for Sheffield FC last year. We were 1-0 down, we equalised and I had about five or six chances in the space of about three minutes, all saved by keeper; thought it wasn’t my night. Then I put us ahead from a corner two mins later! Then we went 3-1 up and I got sent off with a minute to go while my name was being announced as man of match. Very up & down night! 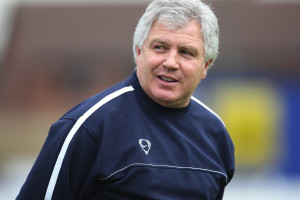 First semi-professional manager: My dad (the legend!) – Ronnie Glavin; gave me my debut at Wakefield at 16.

First semi-pro red card: Two bookings in above game against Market Drayton last year. First was for a 50-50, where I won the ball. Kicked the ball away for the second in the last minute, stupid!

First semi-professional goal: Away at Chasetown last year, early on for Sheffield. Left foot volley from 12 yards after a lucky bounce from the defender. I was too busy sulking that the striker didn’t pass earlier!

Favourite goal in semi-professional football: In the FA Trophy against Trafford for Sheffield. We were 3-0 up & ball dropped to me on the edge of the box from a corner. I just smashed it half volleyed it in the stanchion, post and in.

Favourite Non League ground played at: I made my debut for Wakefield away at Leigh Genesis; who played at Leigh Sports Village at the time. The pitch was like a carpet & being a rugby league stadium, was massive for a non-league ground.