Here is the 31st in our weekly series profiling players across the region. Each week a different player will reveal their best (and worst) moments. This week it is the turn of Eccleshill United goal machine Marcus Edwards. 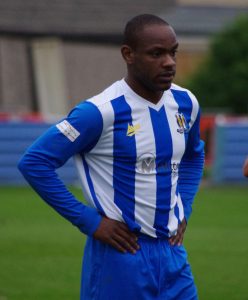 All-time favourite player and why?: Brazilian Ronaldo because of his skill, pace and goals. There will be never be a better striker in my eyes.

Description of Career Highlight: Winning the West Riding County Cup at my home town club Bradford City with the club I love Eccleshill United. I scored the winning last minute penalty against Conference North side Harrogate Town. Nobody gave us a chance of winning so it was a shock to people.

Lowest Moment in Football: This season being injured for 4/5 months, it has been hard watching from the sidelines.

Description of Most Memorable Match: Former Eccleshill manager Ian Banks did not think I was a forward so he would play me out wide or I’d be on the bench so we had a game against Hemsworth (in December 2011) and Ian said I was not starting. It went though my head I was going to be leaving, but he put me on up front for the last 25 minutes and I scored five. 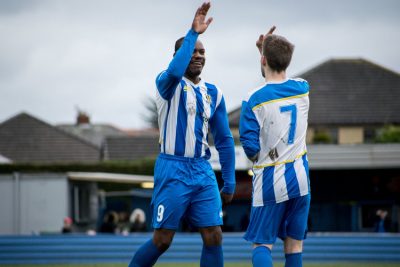 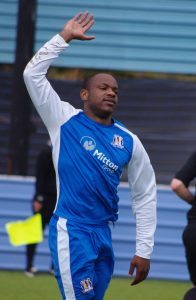 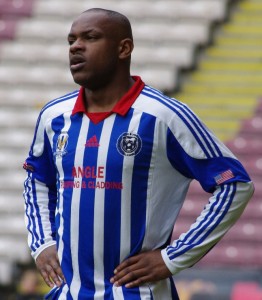 Marcus Edwards, pictured during the NCEL League Cup final in 2014 which Eccleshill lost to Knaresborough on penalties

What do you want to achieve in football in the future: I want to play at the highest level possible.