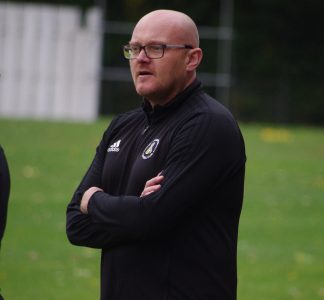 Simon Houghton admits that his Jason Dodsworth’s vision to transform the fortunes of Nostell Miners Welfare has gone almost exactly to plan.

Houghton and fellow joint manager Dodsworth are celebrating their first anniversary of their much-heralded appointments to the Crofton Community Centre hot-seats.

The pair arrived to huge fanfare, whilst outlining an ambitious project to turn the club into heavyweights. They have delivered too as they have turned an out-of-tune outfit into a fabulous 16-piece orchestra, with an ensemble of quality all over the stage.

Inside 12 months ago, Nostell, who in the 2016/17 season won three league games, went through four managers and were only saved from relegation because of a reprieve, have gone from third-bottom to title challengers.

Nostell had already crashed to the bottom of the ocean when the duo arrived and Houghton, one of the best step five and six managers in the business, has pulled off the same miracle that he performed at Pontefract Collieries ten years ago as he and Dodsworth have pulled them off it and set them on course to follow the sun.

“If we can win the league, I think it would rank as one of my best achievements and it would be up there with what we did at Pontefract,” Houghton told Non League Yorkshire.

“When you look back at the last 12 months, there has a big turnover of players because we had to change attitudes because they were used to losing.

“We said we came in that we wanted to put Nostell on the map and we’re on track with that. I know it wasn’t very difficult, but we wanted to be better than last season. We’ll see where we are in May.

“When we came in we said that we’re not coming to have a team to just make up the numbers. We want to challenge and we are doing.

“The club is no longer a joke club and it is amazing how many players now show interest in coming, who would have never considered signing for Nostell 12 months ago. It shows that we’re making good strides.

“The set-up is second to none and there is a great atmosphere around the club. There’s more volunteers than ever before and the structure of the club is stronger.

“The chairman (Kevin Allsop) has been fantastic, everyone, Granville the secretary to the ladies in the kitchen, bar staff and it is down to the players and ourselves to reward them in the last six months of the season.” 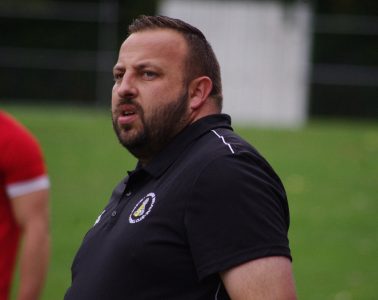 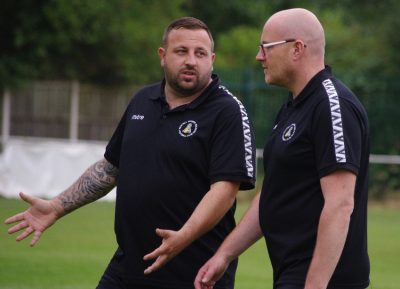 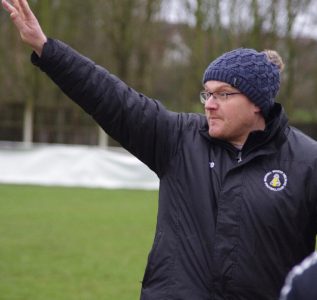 Nostell are seventh in a very congested title race, that also includes eighth-placed Dronfield Town, who they drew 0-0 with yesterday.

Welfare are only four points from leaders Campion, but a poor October has meant they are not where they could be.

There has several departures since the middle of October and Houghton, who has signed Ryan Ferguson who was released by Glasshoughton Welfare a few days ago, says since making tough decisions, results have improved.

But he also warned that he and Dodsworth won’t hesitate in replacing people if they don’t toe the line.

“We had a bad October, but we turned it around in November,” he said.

“A lot of players have left and the group is now a bit tighter than it was previously. We have lost a bit of quality, but we have gained a bit more togetherness.

“We had to change something, it was needs-must. Off-the-field and in the dressing room, it was fantastic, there was real togetherness.

“On-the-field, the chemistry was just not right. We had to make some changes. You look at today (the draw with Dronfield), we haven’t got frustrated with each other, we have kept plugging away.

“Nobody has started arguing and that had been a big dominator this season. As we had been coming off-the-field, players had been arguing with each other.

“It is good that everyone wants to win, but I prefer where everyone gets along and works for each other. We have seen that over the last six weeks. We have seen the work rate go up a notch.

“We have had some tough games, Ollerton, Shirebrook away and we have come through them.

“We don’t mind players saying what they have to say, they have all got a voice so we don’t mind that. No-one wants to make a mistake, but they do.

“It is the reaction to the mistakes. That’s what we’re trying to change. ‘Yeah you’ve made a mistake, put your hand in the air and get on with it and go again’.

“We had a bit of a blame culture and that had to be eradicated. Anyone who comes in now and behaves like that will be on their way. We’ll move on them, it is as simple as that, but at the moment it is a happy ship.”