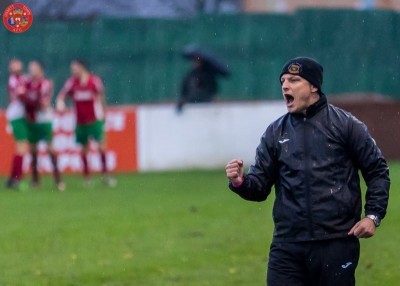 Former Harrogate Railway manager Lee Ashforth has been named as the joint manager of runners-up Campion.

Ashforth, who recently left Clitheroe after eight months in charge, links up with James Bicknell.

Bicknell said: “I have known Ash for a number of years and he has always been a good source of advice as Campion have continued to improve each season. I am now looking forward to working alongside him and continuing to progress Campion FC.” 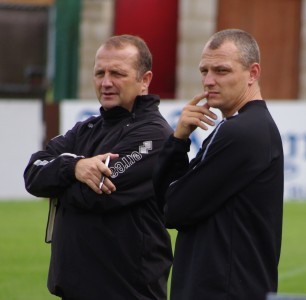 Ex-goalkeeper Ashforth, whose playing career took in the likes of Railway, Liversedge, Ossett Albion and Brighouse Town, has also held the manager’s role at Ossett Town.

He is perhaps best known for his successful partnership with Billy Miller at ‘Sedge and Railway. The pair are still seen as one of Railway’s greatest ever managerial partnerships. After Miller left for Tadcaster Albion in 2015, Ashforth was promoted to the top job and held the role for 18 months.

Ashforth said: “After a tough couple of seasons working for a club that was merging at the end of the season and then with a club with a budget aimed at keeping the club in the division I was looking for a project that was progressive and one that I would enjoy and Campion FC and James tick all those boxes. I am looking forward to working with an excellent group of players and hopefully building on a hugely successful season for the club.”