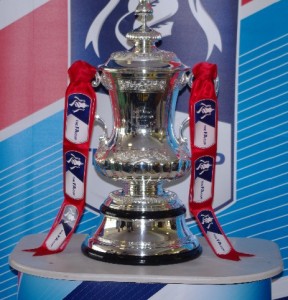 The FA Cup is the ultimate opportunity for teams in lower divisions of English football, as they get chances to take on some of the top teams in the higher levels of the ladder with a chance at going down in history. And while a non-league football club making a deep run in the tournament is relatively rare, there is always the chance that the magic of the FA Cup rears its head. In the 2020 FA Cup, there is a real chance that there could be another non-league success story.

This year’s FA Cup campaign has been dominated by Manchester City, as has most of the domestic football that has been played. Unsurprisngly, FA Cup winner odds for this year’s final have the Citizens as a convincing favourite over a Watford team that has done a great job this season by both staying in the top half of the Premier League and reaching this showpiece match. In general, odds to win the FA Cup don’t tend to favour non-league sides, but there are a few teams that could make a run in next year’s tournament.

One of those teams is Sutton United, which finished in the top half of the National League in the 2018-2019 campaign. Sutton, of course, are no stranger to making a run in the FA Cup after their successful campaign in the competition in the 2016-2017 season. That run will live in club history, with the team looking like one of the best non-league squads that will not be promoted to the Football League at the end of this campaign.

Then there are the teams that will fail to advance out of the National League promotion playoffs. Sides three through seven in the league table will have the opportunity to earn the final promotion spot into league football, but the three sides left behind will be considered to have the best chances of getting deep into the tournament as a non-league squad.

Being a non-league side and making an FA Cup run can have a dramatic impact on the health of a club as a whole. Lincoln City are proof of that, as they advanced deep into the tournament in 2016-2017 before falling to Arsenal. But the benefits of that run greatly outweighed any pains from being eliminated, as the team was able to add to their training facilities and have earned promotion in two of the last three years.

Dating back to the 1940s, there have only been nine non-league squads that have made it to the fifth round or farther in the FA Cup, and only three since the year 2000. If that list is going to increase, it will take a perfect storm of the non-league squad playing its best while Football League opponents struggle. But it is more than possible that it happens again in the 2019-2020 season, as several talented sides will be remaining in non-league football and can rain on the parade of some of the biggest names in the sport if they aren’t careful.