Here is the 28th in our weekly series profiling players across the region. Each week a different player will reveal their best (and worst) moments. This week it is the turn of experienced Pontefract Collieries player/coach Luke Jeffs. 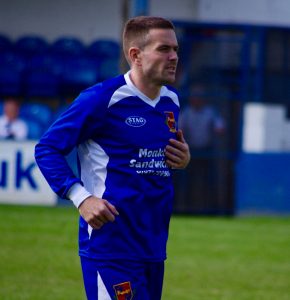 All-time favourite player and why?: I’ll go Maldini – he was unreal, absolute beast but could play. Grew up watching Football Italia every Sunday.

Description of Career Highlight: Sheffield & Hallamshire Senior Cup wins with Frickley, promotion with AFC Mansfield, 200 games for Goole and 100 for Frickley. All great clubs to play for.

Lowest Moment in Football: Playing for Goole away at Loughborough Dynamo as the lads had all their gear nicked during the first half. Incredible how that can happen at that level.

Description of Most Memorable Match: Frickley 4-3 Sheffield FC in 2013, my first Sheffield & Hallamshire Senior Cup final at Hillsborough. Joe Wilcox got the extra time winner – game had everything and topped off a season where we were favourites to finish bottom but stopped up. Team spirit was unreal. 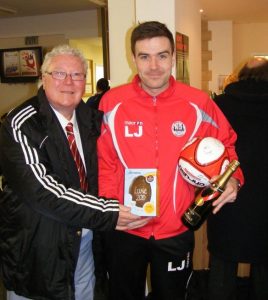 Luke Jeffs is a legend at Goole AFC 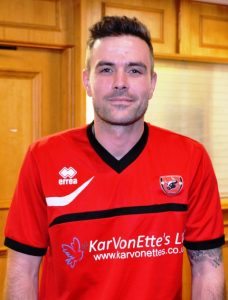 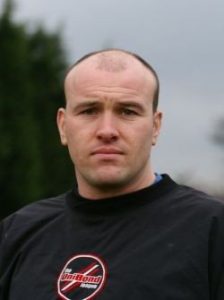 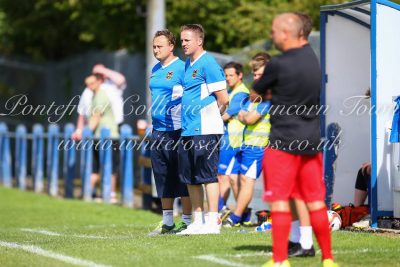 Description of First Red Card (at semi-professional level): I think it was for Goole at Sutton Coalfield. Two yellows second was next to their dugout so the screams did me. Both weren’t yellows!

Description of First Goal (at semi-professional level): 30 yard left foot volley against Lincoln United for Goole on my home debut.

Description of Favourite Goal (at semi-professional level): As above!

What do you want to achieve in football in the future: Hopefully promotion with Ponte and stay involved with football as long as possible. Really enjoying being on the management side of things with Paz and Rousey (Craig Rouse) at Ponte.

Favourite Non League Ground I’ve played at (barring your own club): Gigg Lane when FC United played there – their fans are class and it was always the first fixtures the lads looked for.