Here is the 33rd in our weekly series profiling players across the region. Each week a different player will reveal their best (and worst) moments. With the Toolstation NCEL Easter GroundHop beginning tonight, it is fitting that we profile a Campion player. 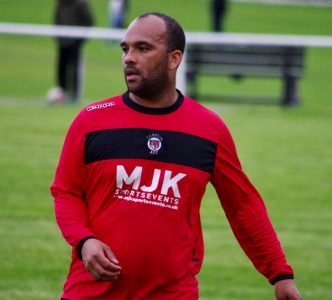 All-time favourite player and why?: John Barnes had no choice as my dad was his number one fan

Description of Career Highlight: Getting my first call up to the 1st team at Hull City when I was 17, versus Luton Town (on the 5th December 1998, a game which also featured a young Lee Ellington).

Lowest Moment in Football: Being released by Hull City.

Description of Most Memorable Match: Playing at Villa Park in the Youth Cup quarter-finals for Hull City against Aston Villa. 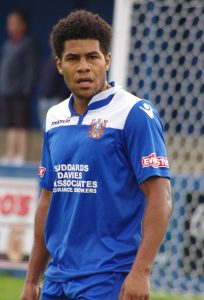 Description of First Goal (at semi-professional level): It was for Guiseley versus Ashton United. I used to be a right back in my younger days and scored from edge of box with a low drive

Description of Favourite Goal (at semi-professional level): Again it was a long range effort this time for Gainsborough Trinity. I cut in from the left and bent one in the top corner.

What do you want to achieve in football in the future: Play as long as I can and try to get promotion with Campion. It would be a massive achievement

Favourite Non League Ground I’ve played at (barring your own club): Barrow, there’s always an unbelievable atmosphere as they get massive crowds.